We are so honoured to have been named as the Amherst and Area Chamber of Commerce’s Exporter of the Year!

Below is the excerpt from Cumberland News Now:

“Access Labels, which recently completed an expansion to its East Amherst facility, was named the Exporter of the Year.

Created in 1993 with just two employees, Access Labels now has 38 people working for it with contracts across Nova Scotia, the Maritimes, the country and is now growing its presence in the United States.

“We’ve grown four times and we’re still growing,” company owner Paul Carr said after accepting the award from David Copus of Nova Scotia Business Inc. “The key to our success has been our people. The best advice I can give to someone is surround yourself with good people and you’ll be amazed at (how) well you’ll do. We have customers who have been with us from the very beginning in 1993. That there should tell you something.”

In February, a $1-million federal investment was announced that saw the company add a 7,500-square-foot warehouse and purchase a new press.”

We are very proud and excited to continue serving our area and beyond! 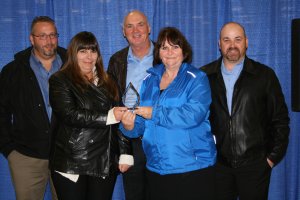 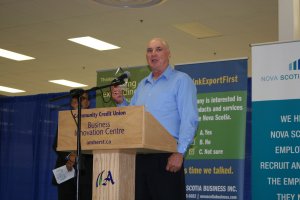